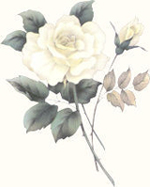 This website began as an effort to catalogue and expand upon the research of my mother as well as to become acquainted with those long ago deceased ancestors captured in the photo collection of my mother-in-law. The project has developed well beyond this initial material and includes contributions from countless individuals, many of whom have surfaced as a result of stumbling across this website. While there are many people who deserve recognition and acknowledgement for their contributions, for the most part, this has not been posted here due to a commitment to exclude living individuals from this online project. I hope that I have succeeded in personally expressing my gratitude and I look forward to connecting with more relatives, genealogy enthusiasts and history buffs in the future.

If you have any questions or comments about the information on this site, discover any broken links, or would like to contribute material, please be sure to contact me at .

My Adventures in the West. Joseph Wegley was born to farmers in Ohio in 1867. He grew up dreaming of being a cowboy. His self-written biography, reproduced here with the permission of his descendents, describes his exciting and humourous experiences in the Wild West.

Bleidenrod, Hessen-Darmstadt, Germany. After several years of effort, the homeland of Henry Wurm and Elizabeth Lein has been located in what is now the town of Homberg (Ohm) in the county of Vogelsberg.

The Murder of Nellie Carlaw. A newspaper account of the disappearance of Nellie Carlaw. She was last seen on June 13, 1865. Remains discovered at her residence 12 years later. Printed in the Confederate, Mount Forest, Ontario. Minister suspected in death.

The German Immigrant Henry Heise (1842 - 1917) An essay considering the German immigrant Henry Heise, with reference to primary social, genealogical, and business records. It concludes with a description of Heise, as related in the oral tradition of his descendents, together with a comment on the implications of this tradition.

The Physical Life of Woman. Excerpts of Advice to the Maiden, Wife and Mother written by Dr. George H. Napheys one and a half centuries ago.

The Eckardt Pioneers of Markham Township as told by A.J.H. Eckardt. "I was born in Unionville, Ontario, 70 years ago last November 4 th, where also was born my father, the late William Eckardt, on March 11 th, 1824, and his father in 1798. My great-grandfather, Philip Eckhardt..."

Cambridge Historial If you have a connection to Galt, Preston or Hespeler, Ontario, be sure to view this 3 part video series, Cambridge, Ontario Now and Then, produced by Marty LaChance and ChatWorthy Digital Marketing!

Last time I checked, the online database featured 31,440 individuals and 11,054 families (see stats). A few families are listed below.

Ballard  The Ballard family tree spans North America. Our closest line settled in North Dakota. From there some Ballard's, engaged in farming, moved to central Saskatchewan in the early 1900's to escape drought.

Brillinger  Descendents of Peter Brillinger and Catherine Hicks who migrated from Pennsylvania to Ontario. Noted to be among the earliest settlers of community Whitchurch and Markham Townships.

Fielder  Until recently research of our Fielder ancestory hit a dead end at Henry Emil Fielder who married Frances "Emma" Hobart. We have discovered that this ancestry is the Fiedler's of Langewiesen, Germany.

Finkbeiner  Finkbeiner is a common name in the small southwestern Ontario town of Crediton. Immigrant ancestor, Michael Finkbeiner, originated from Baiersbronn-Obertal in the former state of Wurtemberg, Germany.

Gaiser  The Gaiser's also settled in Crediton, Ontario. This database includes three separate Gaiser families, two of which married into the Schwartz family of Crediton several generations ago. The two immigrant Gaiser families originated from Wuerttemberg, Germany as did many of the early Crediton settlers.

Gubberud  This ancestoral line starts with Kristoffer Kjetilsson of Bjørndalen farm in the parish of Sigdal, Buskerud County, Norway. With the help of a distant cousin, we have been able to present the descendency from Kristoffer's birth in 1750, through the emigration to North Dakota in 1885, to the eventual homesteading of his great-grandchildren in Spalding, Saskatchewan.

Hallman  These Hallman's are descendent of German speaking Mennonites who migrated from Pennsylvania settling in southwestern Ontario, particuliarly Waterloo County and surrounding areas.

Harper  Immigrant ancestors James Harper and Janet Hunter arrived in Ontario from Scotland in the mid 1800s with their two eldest children in tow. The Harper family settled in Markham Township, Ontario.

Hobart  Emma Hobart was the daughter of one of the earliest pioneers of Fairchild, Eau Claire, Wisconsin. She married Henry Emil Fielder.

King  The King family tree features the descendents of John L. King, born in Pennsylvania in 1835 and Margaret Emma Vose, born in New York in 1846.

McGillivray  Ann McGillivray was born at the Isle of Mull, Scotland in 1830. She married John Pool and raised the family in Markham Township, Ontario. Helen Pool, a daughter of this union, married into the Hastings line.

Peterson  The Peterson family is descendent of Olaf Pederson who left Norway and settled in Hope Township, North Dakota. Some descendents later relocated to central Saskatchewan.

Rupp  The Rupp family are among the early German settlers of Zurich, Hay Township, Huron County, Ontario. Individuals featured in this database are descendents of Ontario born ancestors Heinrich Rupp and Louisa Rau.

Schwartz  When Michael Schwarz first arrived in Ontario, he is believed to have resided in the Niagara region. The family relocated to Crediton, Ontario likely in August of 1860.

South  The South family history and the Ballard family history are closely related. Much information regarding these ancestors has been uncovered through the efforts of Merle R. Price.

Summerfeldt  The Summerfeldt line is believed to be descendent of John Henry Sommerfeldt born in 1760. Their ancestors are among the earliest settlers of Markham Township, Ontario joining the Berczy Settlers in the late 1700s as they settled the wilderness north of Toronto.

Wurm  Henry Wurm and Elizabeth Lein came to Ontario from Bleidenrod, Hesse-Darmstadt, Germany which is now part of the town of Homberg (Ohm) in the county of Vogelsbergkreis. The couple first settled in Waterloo County before becoming among the earliest settlers of Hay Township, Huron County, Ontario. Almost all the Wurm's currently residing in Ontario are descendent of Henry Wurm or his siblings.